I have like noooo food in the fridge because I'm going to Cleve this weekend and I don't want to go to the store and spend my whole paycheck till I get back; so I've basically been eating totally random meals of whatever I can put together that's somewhat healthy. Here we gooooo! 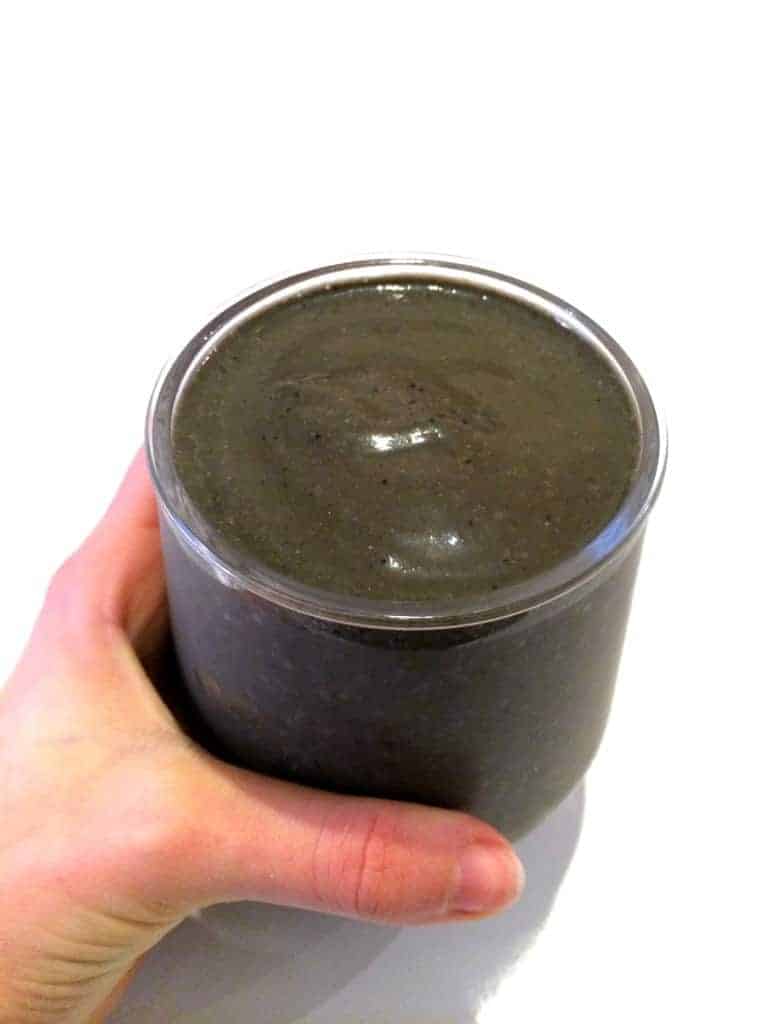 I bought a bunch of organic chard at the store the other day and I'm so glad I did. I've been putting two big chard leaves, a big handful of spinach AND about ⅓ of a zucchini in my smoothies lately. I swear you don't taste them at all! I also add frozen berries, banana, chia seeds and avocado. I think I'm going to post the official recipe soon because it's just that good. 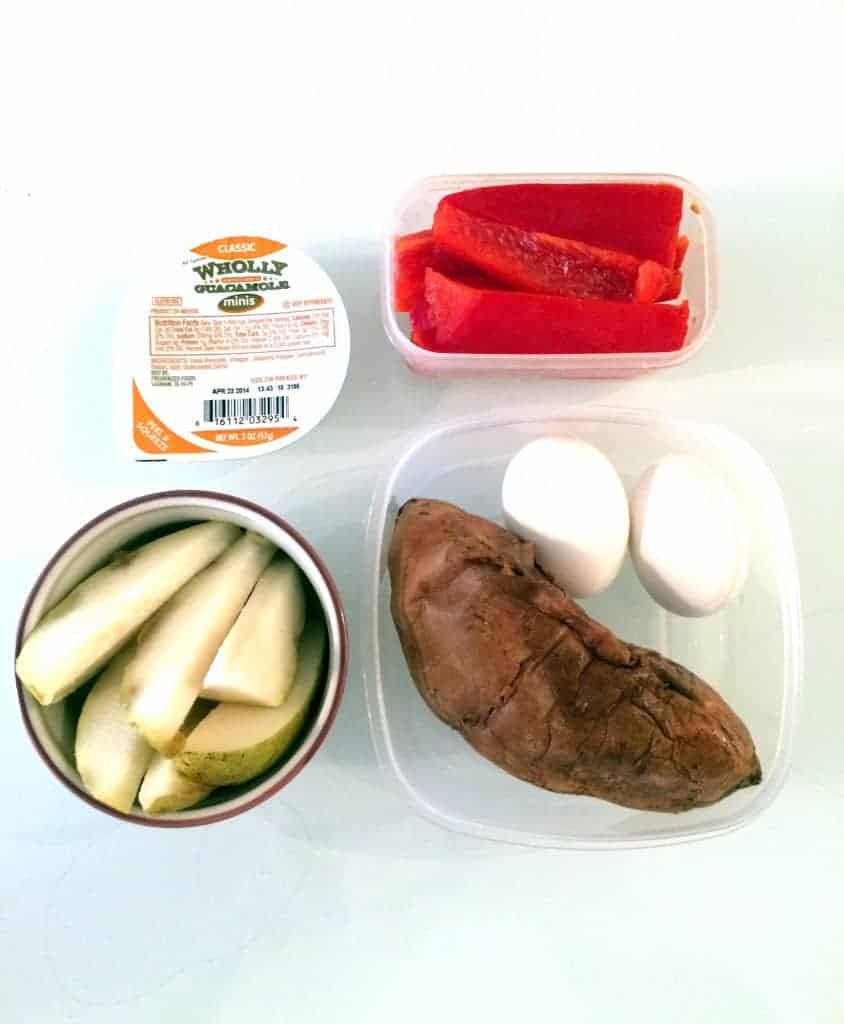 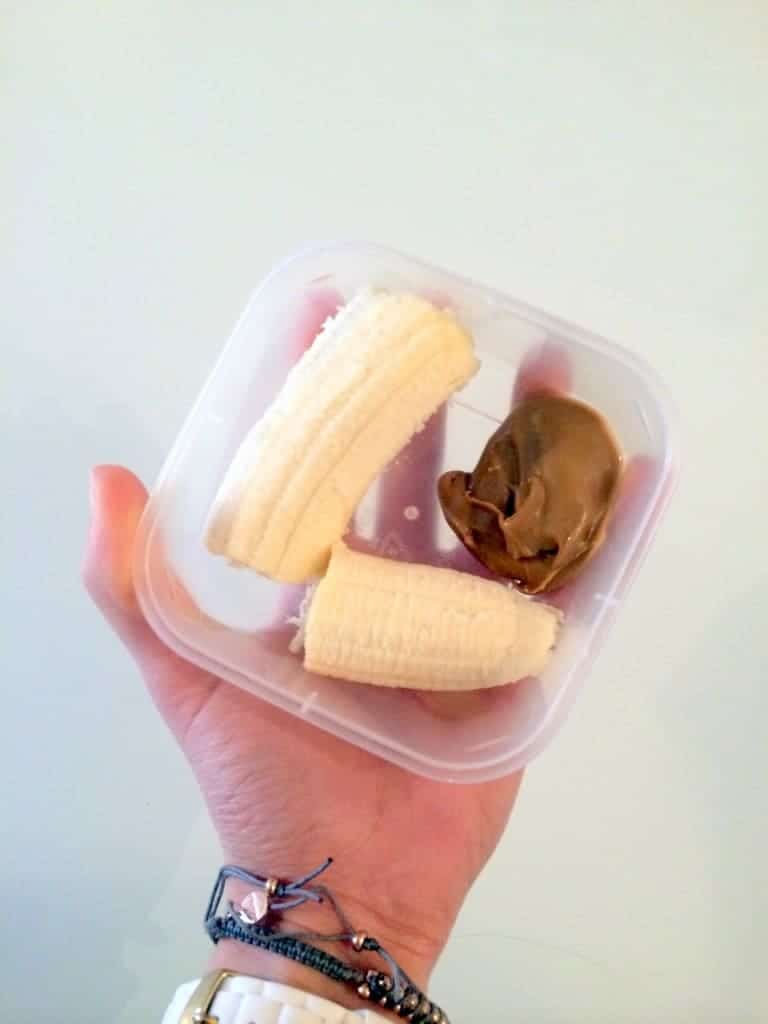 I've been obsessed with sunflower seed butter lately. It's the best. 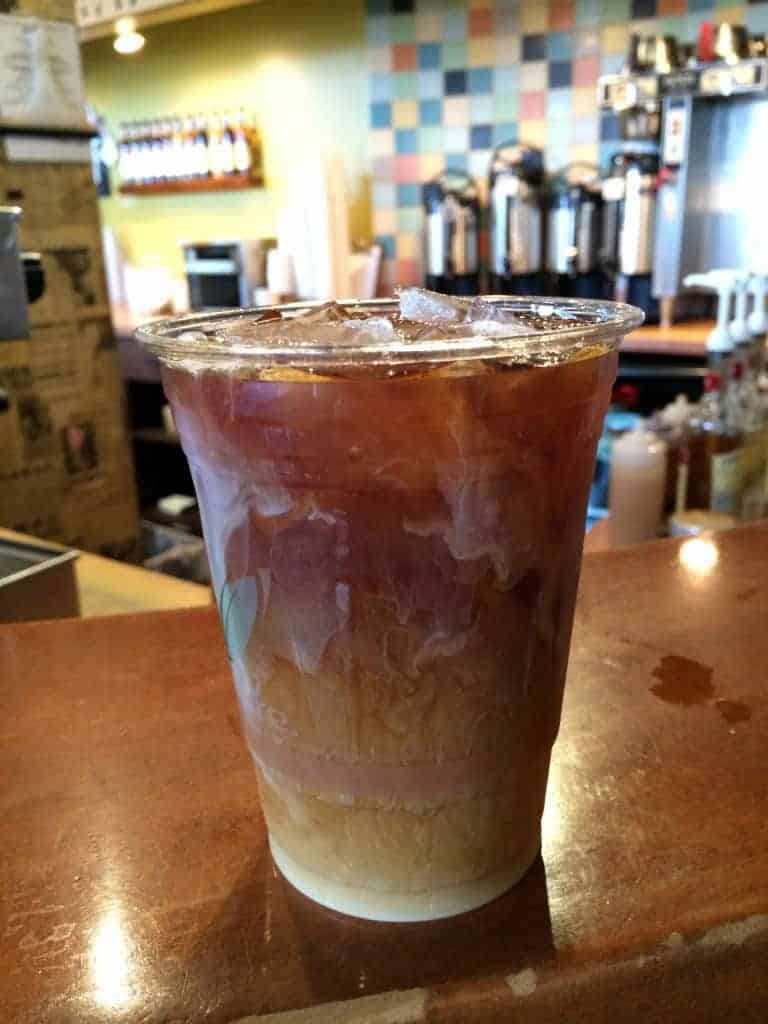 I had an iced coffee with a splash of soy tooooooooooo. Cup O Joe has the best iced coffee I've ever laid mouth on. I also had an unpictured banana nut protein bar, derr. 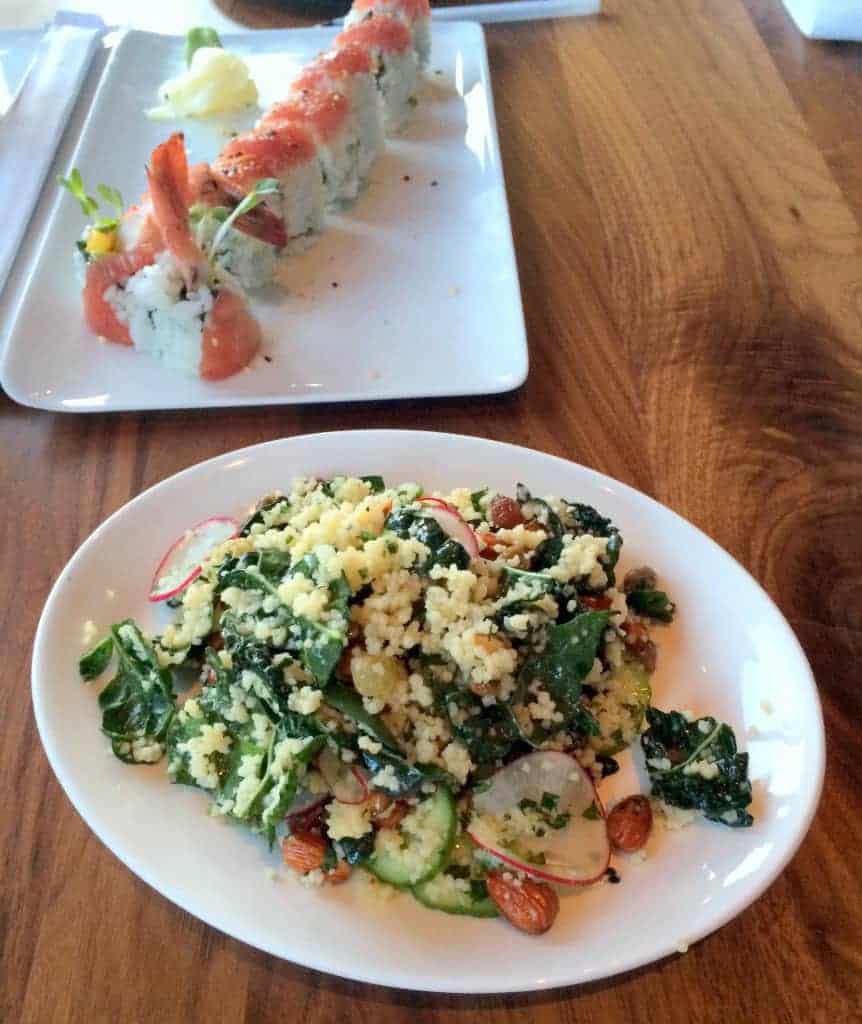 A friend and I tried Cameron Mitchell's new Hudson 79 for dinner. Ehhh. We weren't impressed. Given that the friend I was with owns The Crest and we all know my taste in food, we were kind of a tough crowd to please. The menu is super meat heavy and a little too all-American for our taste. It was a random mix of sushi, pizza, a couple salads, meat or fish entrees and a few $17 sandwiches. If you're a vegetarian and don't eat fish, definitely don't go there. We got the cous cous and kale side dish and the Hudson sushi roll (shrimp, tuna, avocado, apple and mango) to start. I asked for the sushi with brown rice but it came with white. Rude. The salad was way too acidic and salty, but we liked the raisins and almonds in it. The dressing needed some maple syrup and orange zest fo sho.

We also got the tuna taretar, which was delicious except for the fact that it was served with rye toast which totally overpowered the yummy tuna. We appreciated the amaranth seeds in there for texture, though. We decided that the menu is kind of behind on the times and not as unique as we thought it would be. Blah. 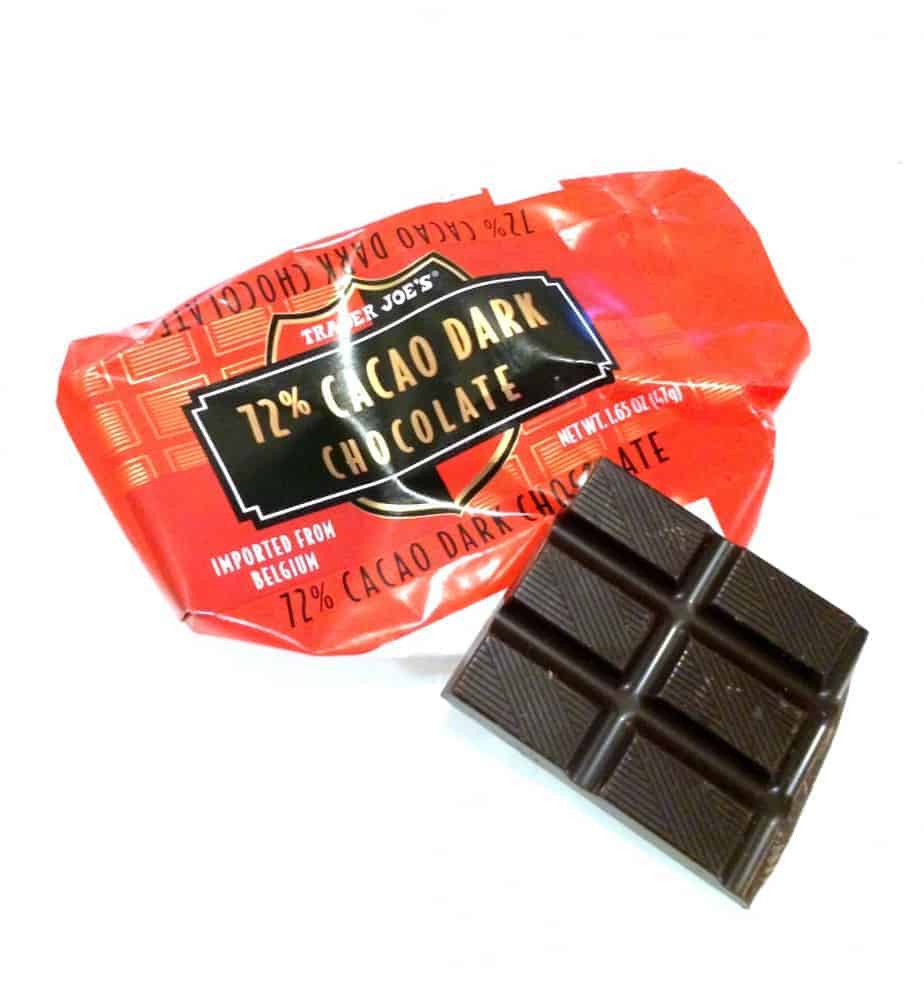 Chocolate all day err day. With almond milk straight from the carton, every time. This is my new fave kind from TJ's. Melt it and dip a banana in it. You're welcome. 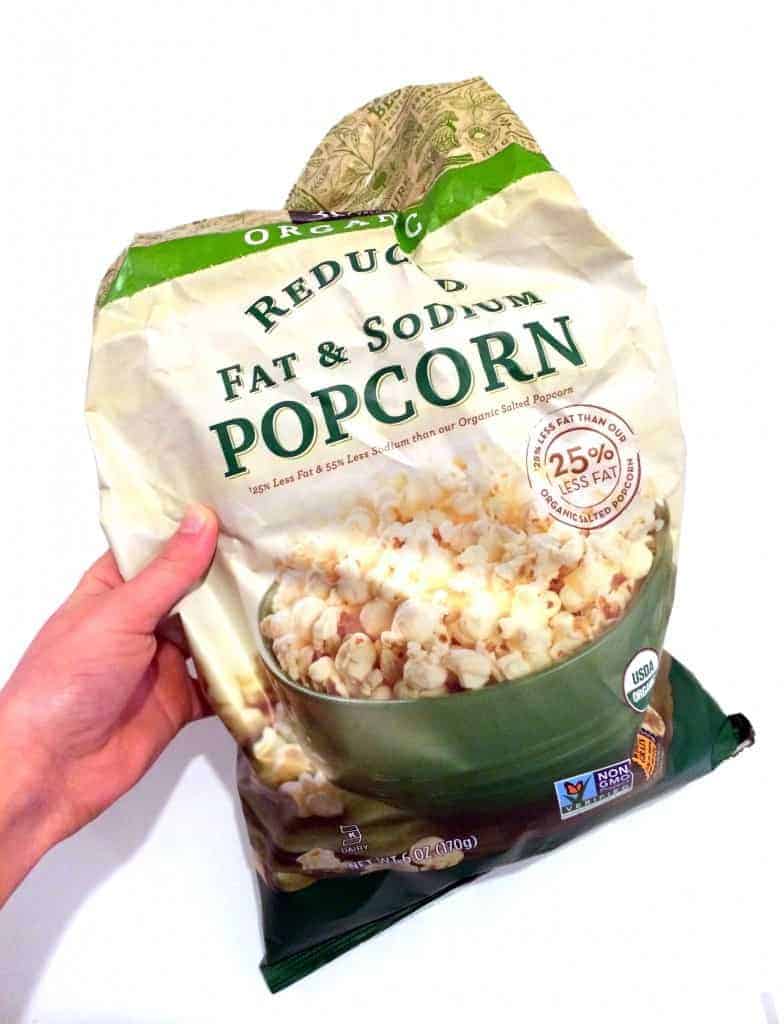 Oh and allllllll the popcorn. Let's be real. I eat it straight from the bag and never put it in a bowl. Hashtag portion control.