Hummusapien » Uncategorized » What I Ate Thursday

The Huffington Post (like whaaaaa???) this morning where you'll see a familiar face whose alter ego rhymes with shmumushmapien chatting about the question of all questions...Can Vegetarians Go Paleo? And yes, I just said vegetarian paleo diets. The irony is killing us all. 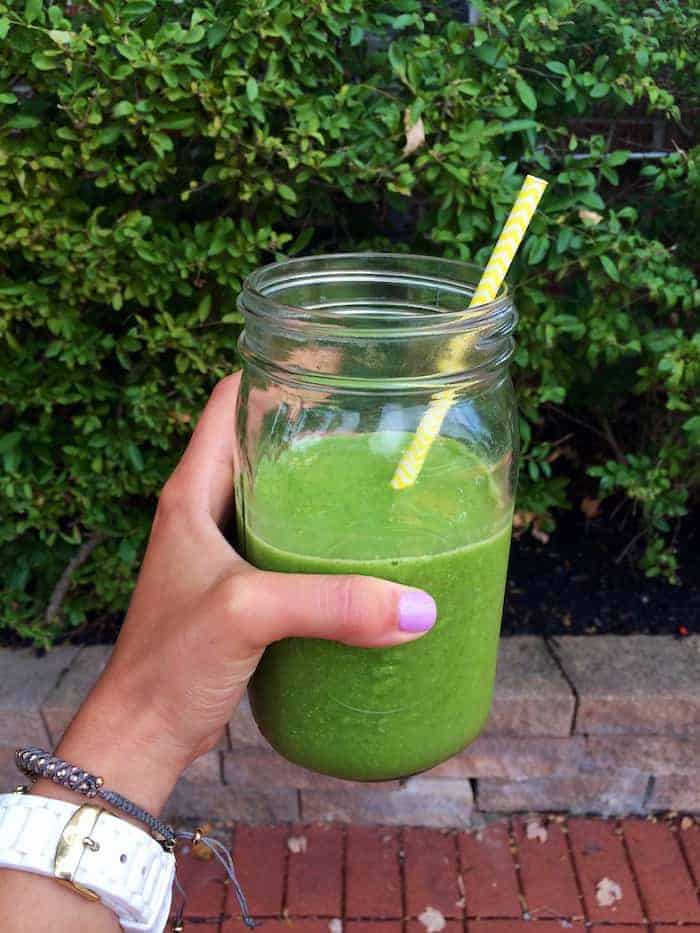 I came home from a shweaty Barre3 class and dove head first into a hugh jass green smoothie. I'm sure you've heard through the gossipy grapevine that I cheated on my fave blueberry chocolate green smoothie with this peachy pineapple kale smoothie. (PS--sorry if you're having trouble reading my pink links. I'm having the color changed shortly!) It's just so darn refreshing and tropical tasting. I can't get enough! Today I held my nose and added some extra kale along with some super ripe frozen banana and it was amaaaaaaze. 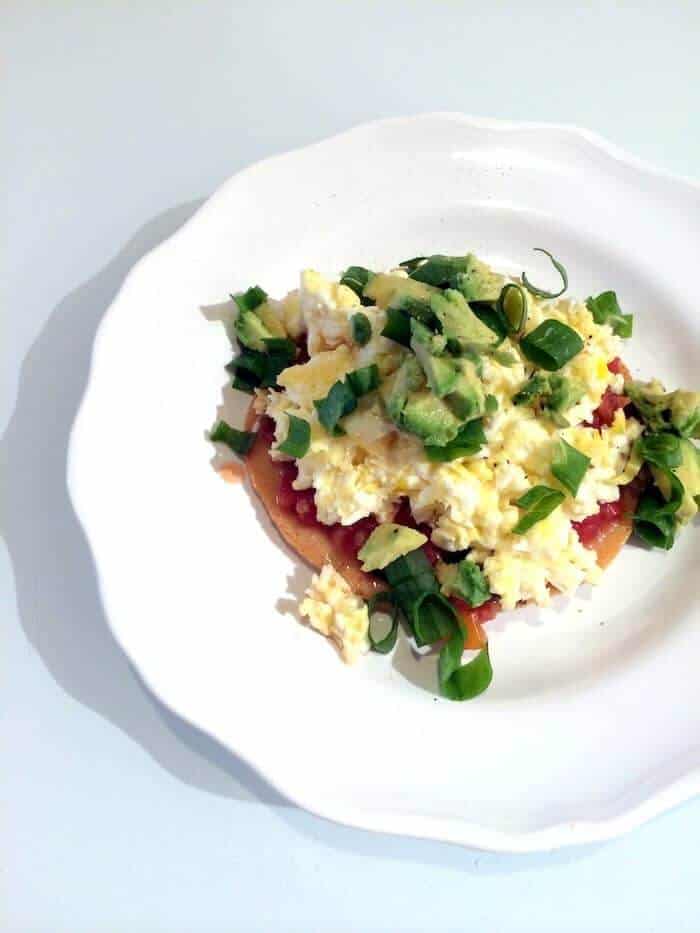 A couple hours later I made a chickpea flour breakfast pizza, AKA my new staple meal. I made it with ¼ cup of chickpea flour and water rather than ⅓ cup because I already had the breakfast pizza. I'm hooked. Did you catch it featured as one of 21 Breakfast Pizzas That'll Make Your Morning Better? Eeeeeeeek! 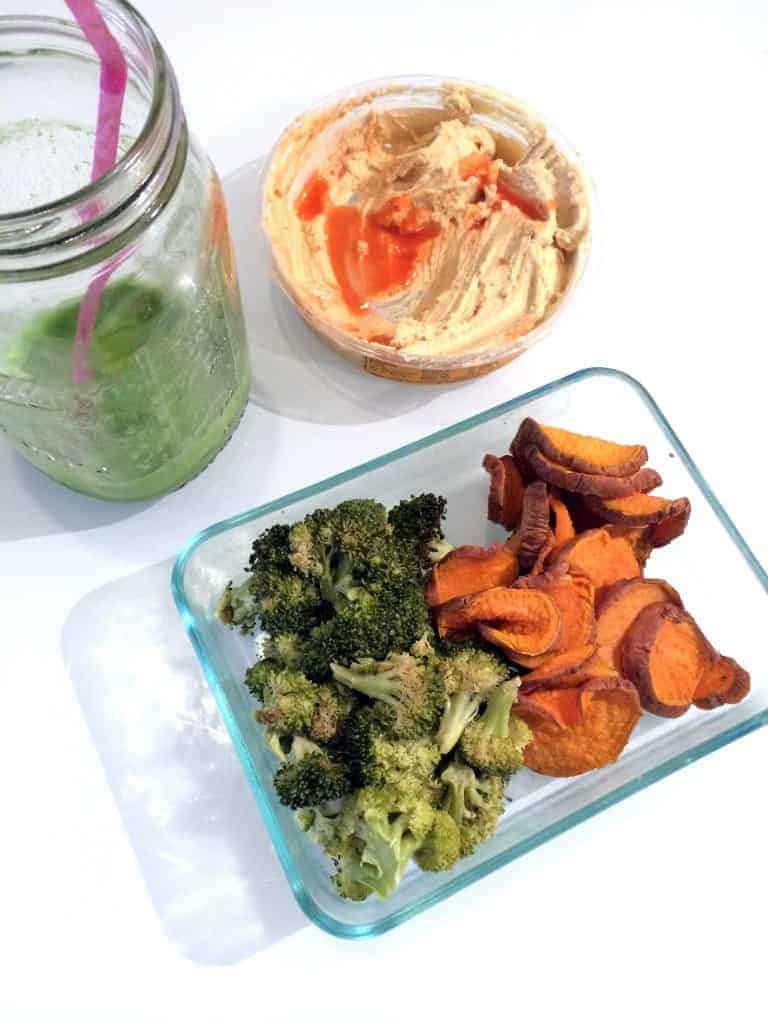 Before I left for the day I snacked on some roasted broccoli with hummus and hot sauce because I had a hankering for hummus, shockingly. No, I didn't eat all the veggies in that picture. That would have been some serious belly bloat.

I ate the most fantastical beet and quinoa salad at my old stomping ground, The Crest around 2:30ish. We had an Alchemy meeting with a guy who told us all about indigenous Ohio plants that we could feature in some of Alchemy's menu items. Exciting! If you haven't heard of Alchemy, it's the dreamiest juice bar and cafe opening in October where yours truly will be the Director of Nutrition and Communications! You can read more about my job on my Nutrition Coaching page, but it's basically my dream and I've never been more excited about something.  I'll be doing an extensive post about it once it actually opens. (Is it weird that I'm excited to start packing my lunch again?) I actually started full time this week planning everything from the menu, nutrition counseling, packaging, and much more! Just know that it's gonna be the bomb and you all have to come see me and have a juice/smoothie/salad or three. 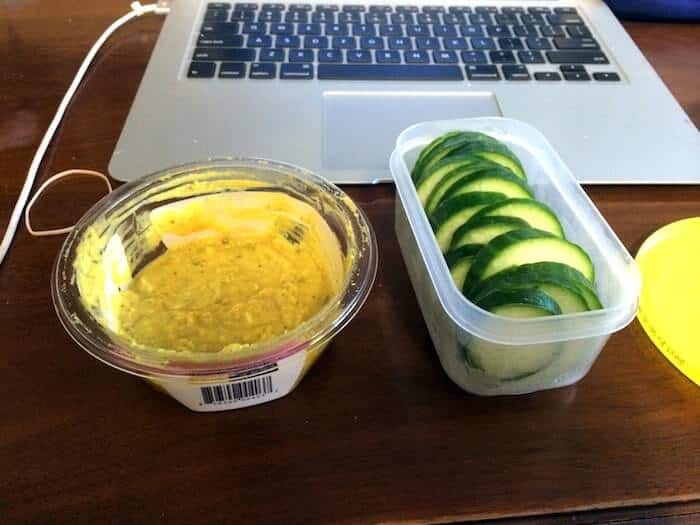 Around 4pm, I snacked on some sliced cucumbers with thai coconut curry hummus from Hope Foods. The flavor is spot on but the texture could use some work, justbeinghonest. I also had some bites of pizza from The Market Italian Village, which is owned by the peeps who own The Crest and Alchemy! If you haven't been yet, you have to try it out. The wood-fired pizzas are super awesome. 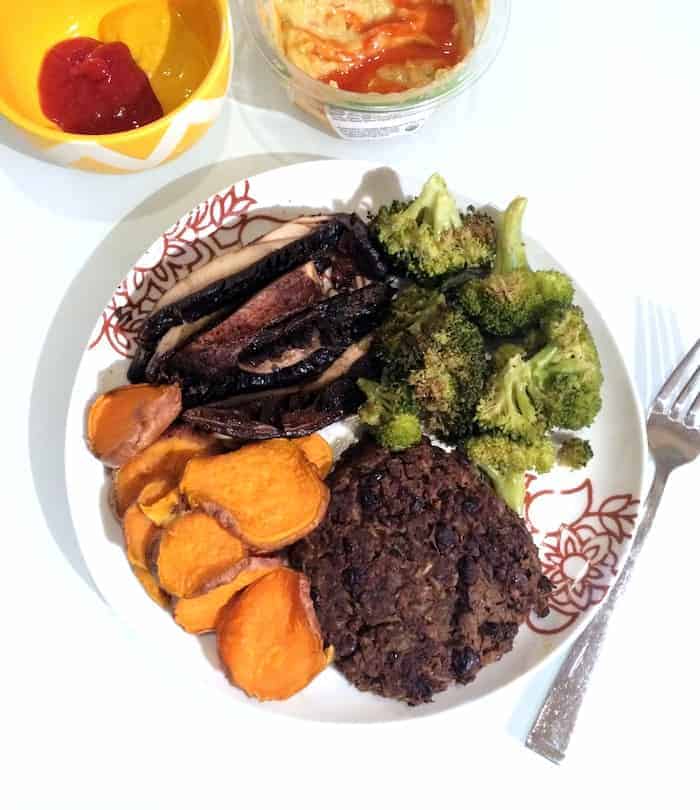 Dinner was a black bean veggie burger, some roasted portobello mushrooms, broccoli, and sweet potatoes (with hummus, ketchup, and mustard on the side). Then I had handfuls on handfuls of bagged popcorn from Whole Foods and two no-bake peppermint hot chocolate bites with a glass of ice-cold almond milk. NOMNOM. Have a fantabulous weekend! Pretty please email me at hummusapien@hotmail.com if you have any questions you'd like me to address on my upcoming Q&A post. Thanks lovelies!]]>