What I Ate Wednesday: A Day in the Life

What I Ate Wednesday: A Day in the Life

Well hello there! I thought it would be fun to do another “Day in the Life” post to change things up a bit. Who’s excited? 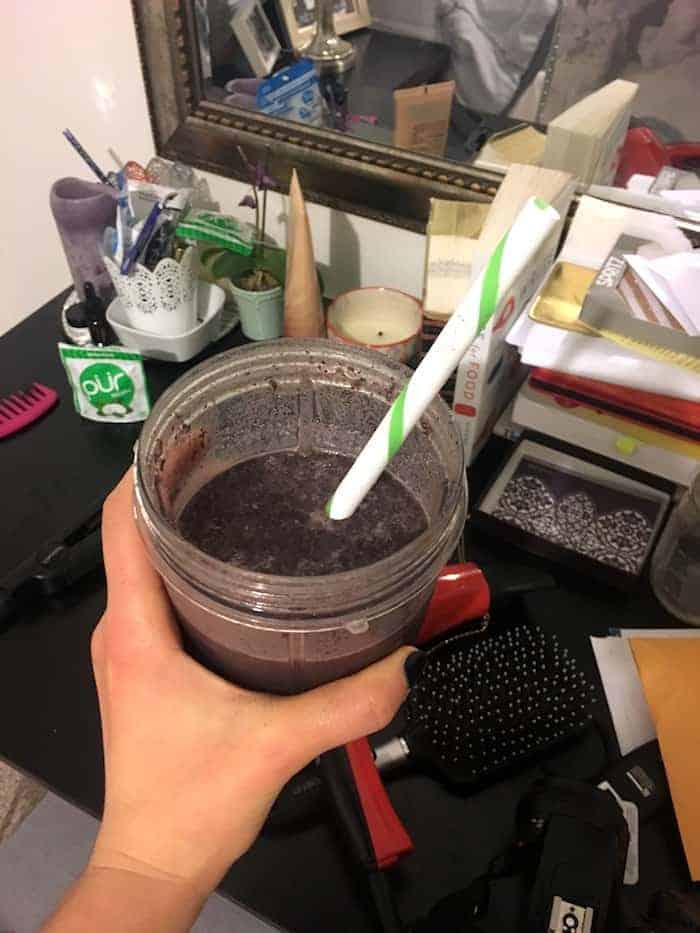 I think it gets a bit old explaining my eats over and over again with little to no context behind them, so lettuce take a little peek into the crazy life that is mine. It was so funny looking back at older “Day in the Life” posts from July of 2015 and even back in October of 2014 when Alchemy had just opened. If you want a real laugh, check out this post from September of 2011…AKA five years ago…AKA when my pictures were truly stunning…AKA when Hummusapien was an infant. Time flies!

About half of my week is still very operationally focused at Alchemy while the other days are more nutrition/administrative/behind the scenes work. The former is a lot more mentally and physically taxing. Yesterday was the latter!

5am: Wake up before my alarm…no idea why. Hop on my computer and start drafting Thursday’s Lemon Coconut Baked Oatmeal Cups post before heading to Barre3. 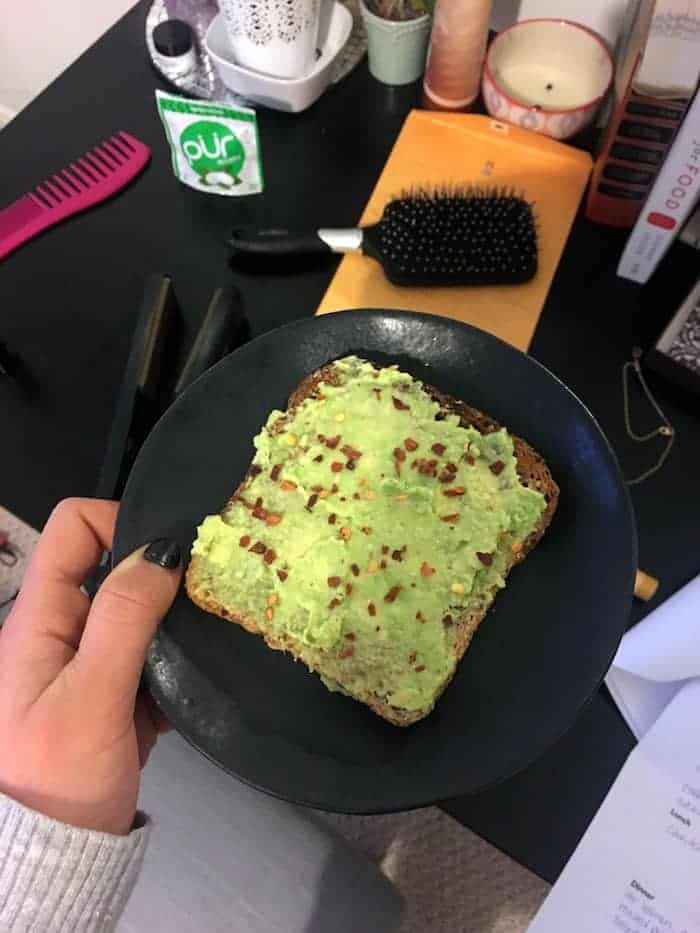 8am: Make avocado toast on Ezekiel because the savory hunger beast was in full swing. Pack lunch, prepare for my 8:30am nutrition appointment at Alchemy and fly out the door.

8:30am: Meet a new client for an initial nutrition consultation.

9:30am: Write the follow-up for the nutrition appointment. Check on everyone at Alchemy and organize some juice cleanse pickups. 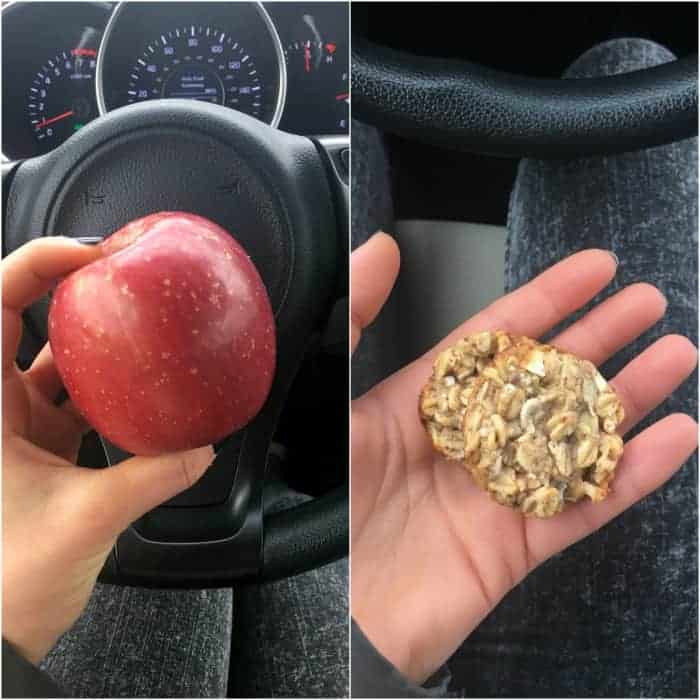 10:30am: Snack on a huge organic Fuji apple plus a couple mini Lemon Coconut Baked Oatmeal Cups. Drive to Dublin to cook with one of my favorite clients. She was preparing for a big birthday lunch with 25 women so we had our plate full (pun intended)! We made triple batches of Strawberry Coconut Kale Salad, Sweet Potato, Lentil, and Kale Detox Salad, Greek Orzo Pasta Salad (without feta), Vegan Basil Hummus Stuffed Mushrooms, and Quinoa Fried Rice. SO MUCH KALE. 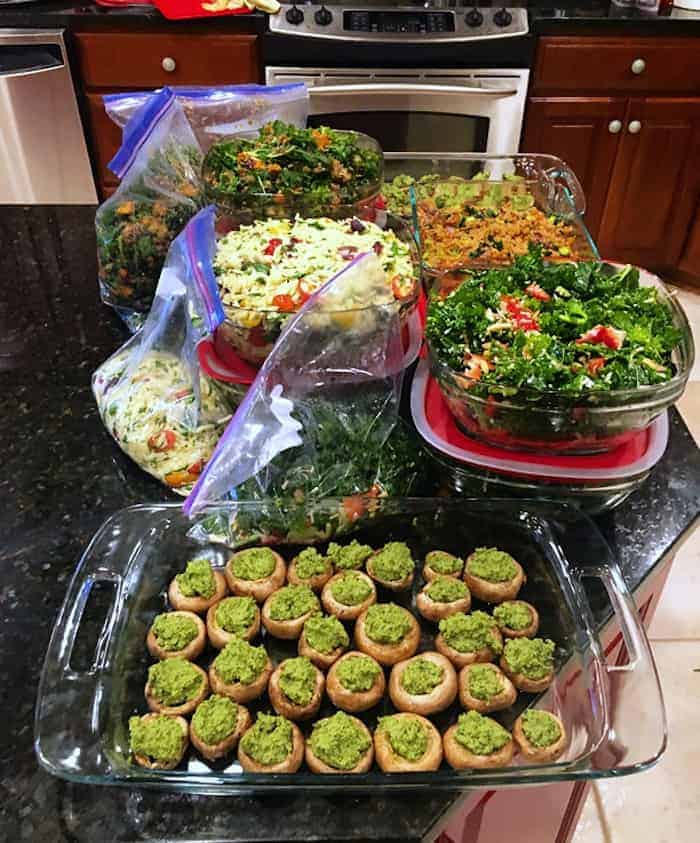 I picked at all the salads (had to taste test!) and snacked on some crackers and hummus while cooking. It took about three hours, and I was totally pooped by the end! 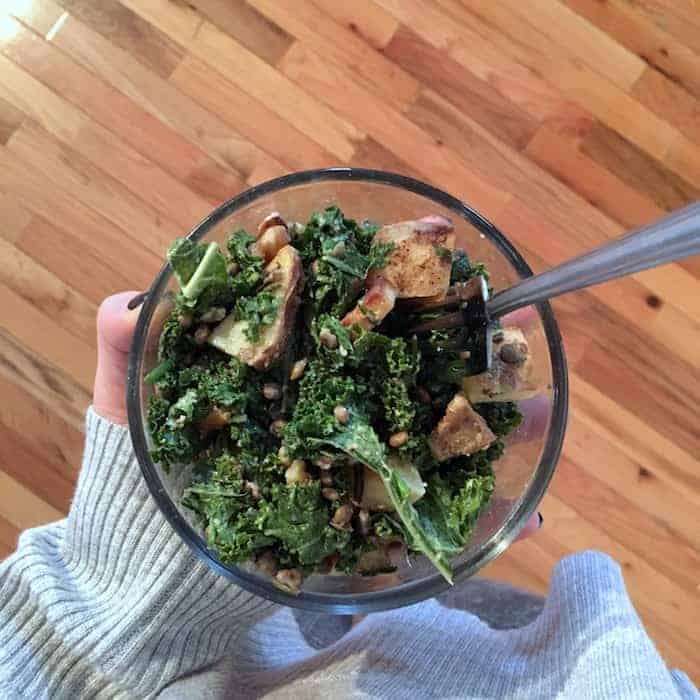 2:30pm: Get back home and start munching on the lunch I packed, which was my beloved Rosemary Roasted Potato, Lentil, and Mushroom Kale Salad (sans mushrooms because I was out).

I also snacked on my new obsession, chia pudding with berries and cacao nibs. I just mix 1/2 cup chia seeds and 2 cups unsweetened vanilla almond milk in a Tupperware and let it sit overnight before dividing it into 3-4 servings and topping with the berries and nibs. It’s so simple but I’m addicted! 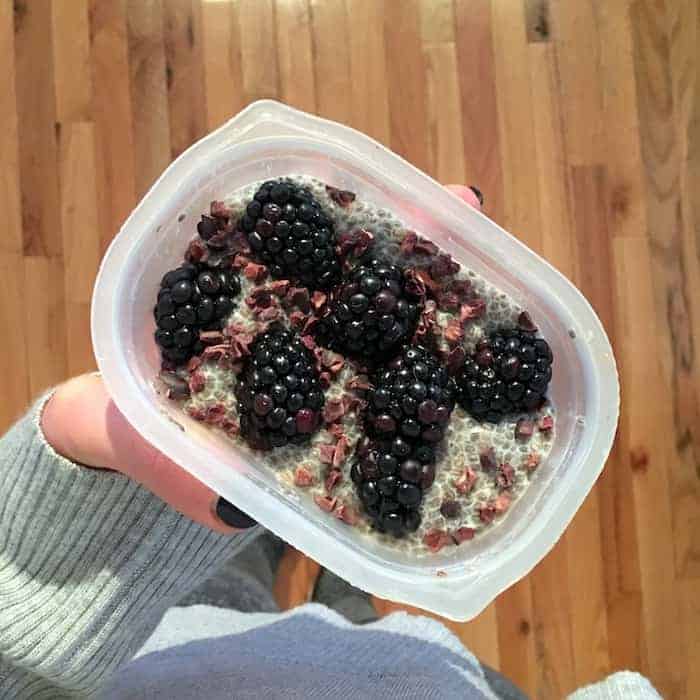 430pm: Clean up. Snack on leftover baked sweet potato sliced with sunbutter. So many potatoes. So dreamy. Start editing photos, insert the photos into the post. 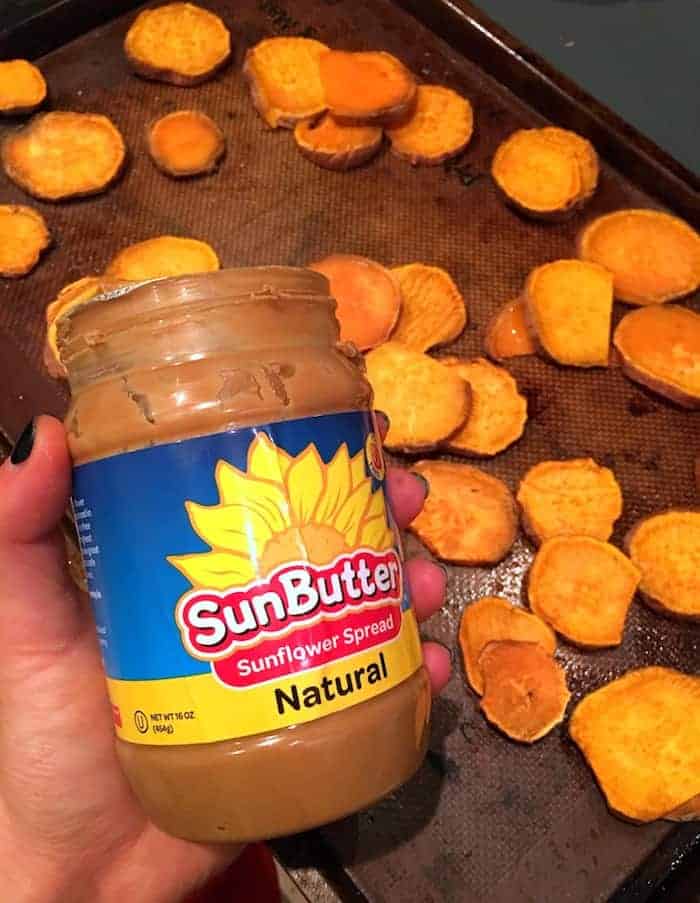 4:30pm: Go through Hummusapien emails and update my notebook with dates for upcoming blog post deadlines. Start drafting this post and editing all the pictures.

7pm: Head to dinner at the new Paulie Gee’s pizza for a friend’s birthday. Vegan pizza and salad weeeeee! I had two pieces with loads of red pepper flakes, duh. 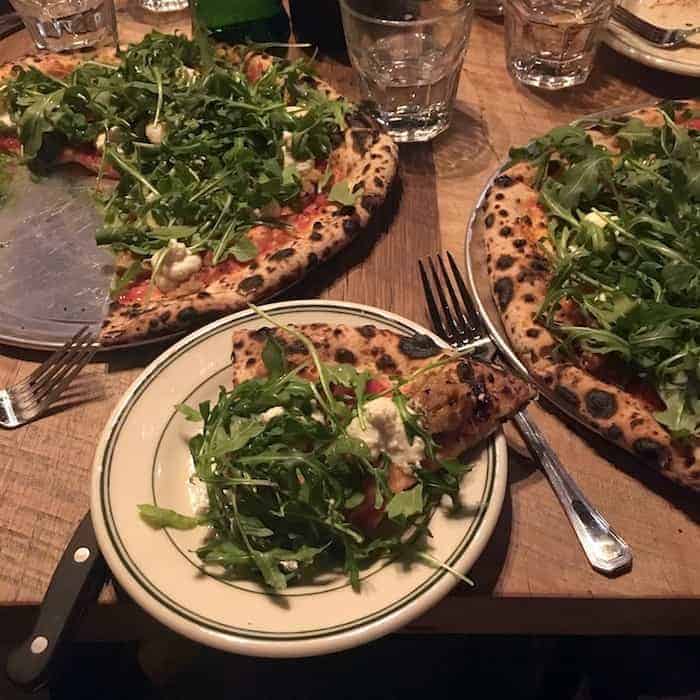 10pm: Finish this post. Make smoothie bags for the week. Eat a carton of amazing raspberries.