Pears are one helluva under-rated fruit. 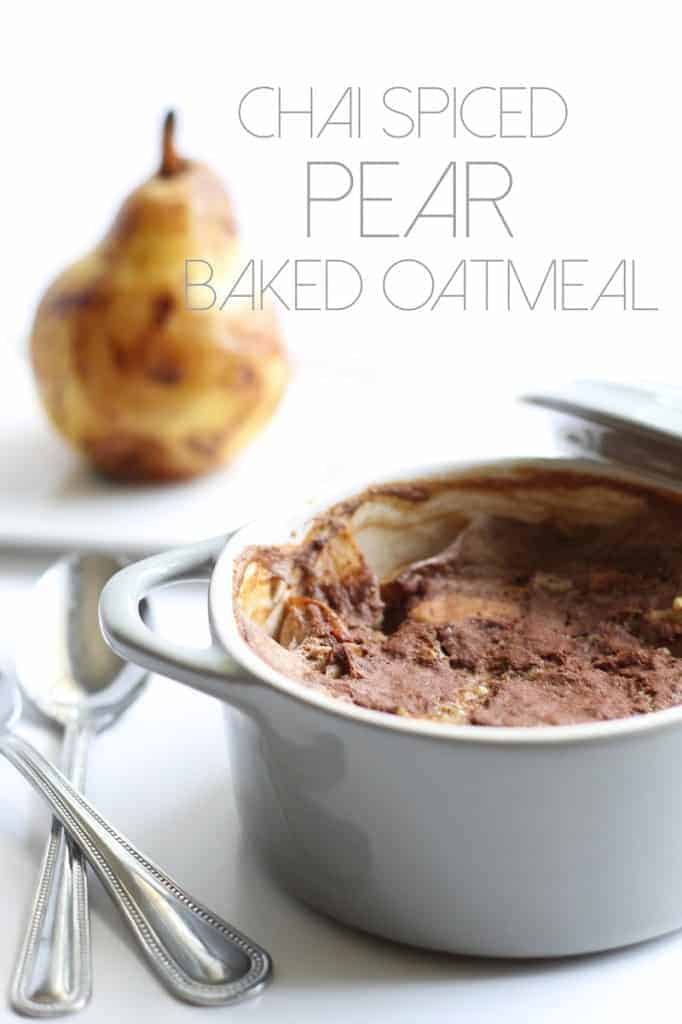 I mean apples are like the most beloved fruit in all of the land. And everyone adores oranges thanks to orange juice. Aaaaand I needn’t explain how banana-crazy our nation is. We could all live off apple crisp, banana bread, and orange juice alone, no?
Pears are like the forgotten fruit. They’re sweet and tasty and pack as much fiber as an apple, but what are pears known for…their curvalicious bods?
When a pear goes all mushy on me, I want nothing to do with it. Same goes for men. But give me a perfectly firm, sweet pear and I am SO in.
Same goes for men. 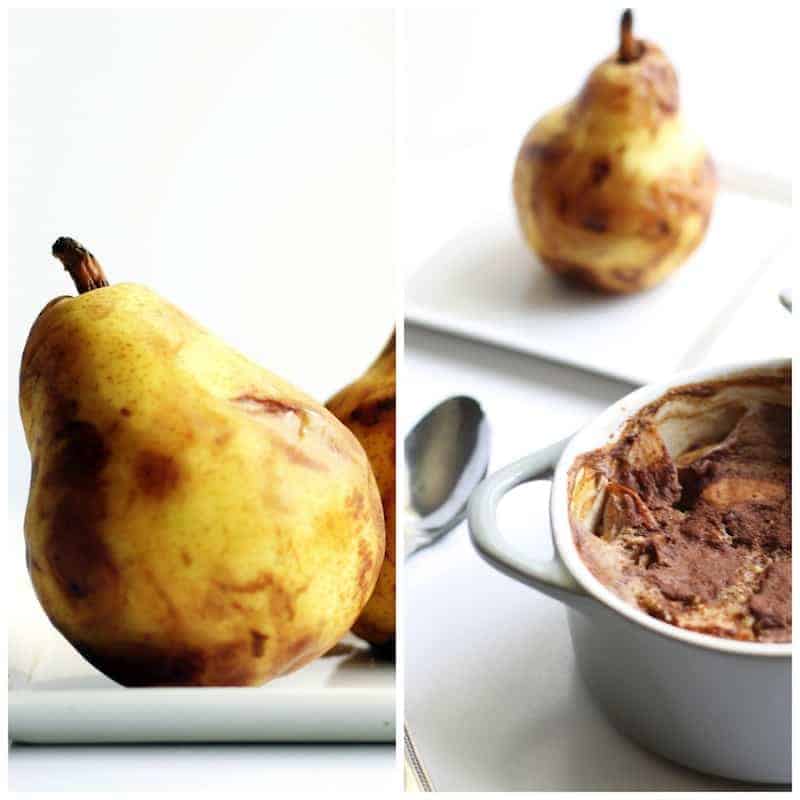 I mean do you ever notice how easily they bruise? The pears, that is. Clearly we’re not talking about men here.
It’s like a cry for help. Maybe everyone should start showing pears some lovin’ so they can toughen up a little bit! In all honesty, I don’t cook with pears very often. I usually buy them for the sole purpose of snacking for when I get sick of sliced apples with cinnamon.
Regardless, pears are totally delish in their own right. And bee-tee-dubs, if you’ve never tried the juicy pear sorbet from Jeni’s ice cream, you should stop reading this immediately and go plant your face into the biggest scoop you can find. It’s like a textural foodgasm to the nine billionth degree. << understatement 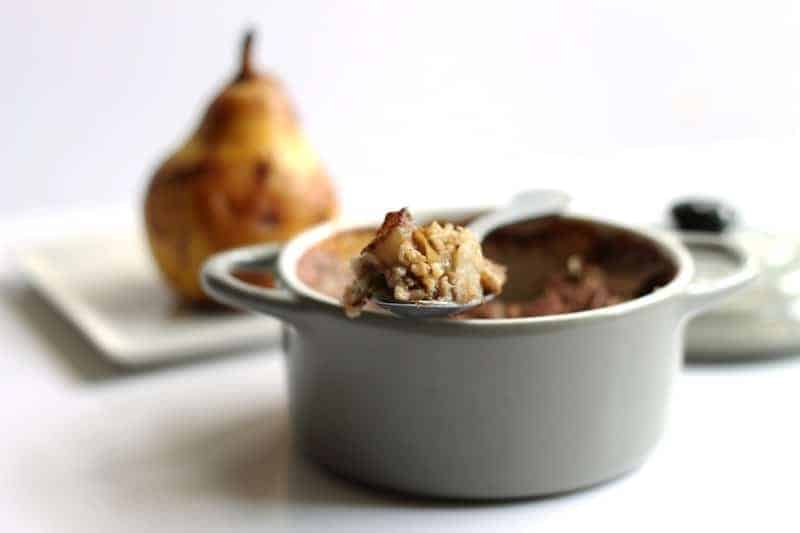 When it comes to oats, steel-cut is the next best thing to the whole oat groat itself. Steel cut oats are the least processed and thus take the longest to cook. To cook ’em up quick, give this Easy Make-Ahead Apple Cinnamon Oatmeal a whirl. Old-fashioned oats are the next best thing, followed lastly by instant oats. Those cook up super fast since they’re broken down more in processing. Remeber, we want to stay as close to the whole food as possible! Ahem, steel-cut oats.
Oats are a great thing to buy in bulk. You should also buy some cardamom in bulk. It’s one of those spices that I hardly ever use, but I knew I wanted it for this recipe. I put maybe a teaspoon in a little baggie at the Whole Foods bulk spice bins and it was literally free. Like, it didn’t weight enough to cost anything. Allllll the free cardamom. Score.
Now I know it probably seems kind of weird to put something in the oven for forty minutes when it’s only for one person, but I think we all deserve a little personal treat once in a while, dontcha think? You could certainly double or quadruple this recipe and bake in in the appropriate pan to serve more people. I also think it would work super well in the crockpot if you quadrupled the recipe! Now how fab would THAT be to wake up to? 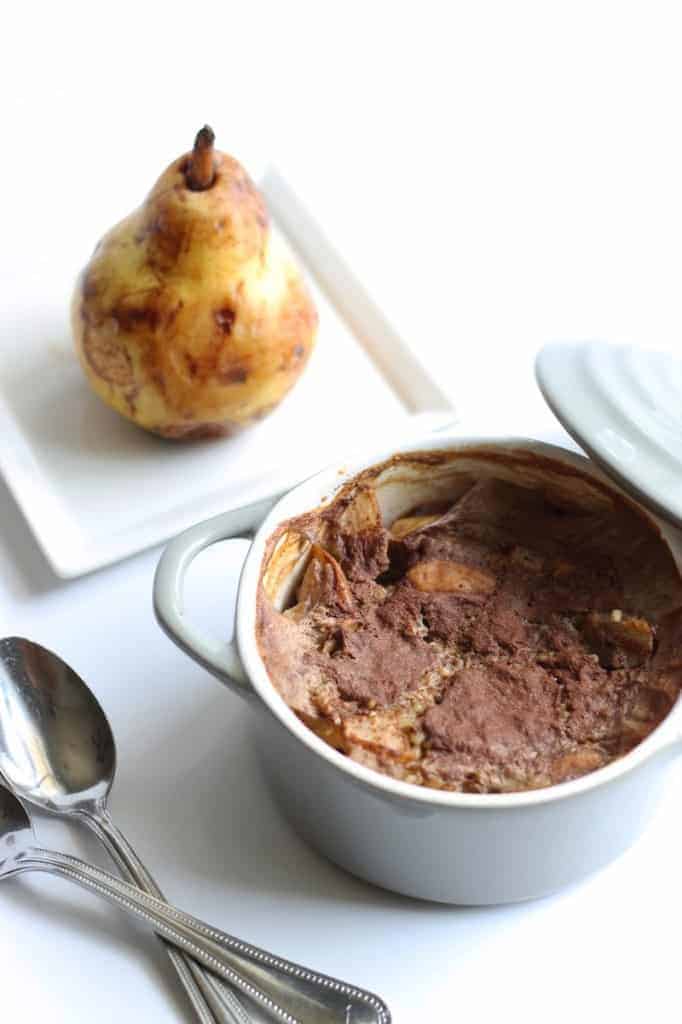 Speaking of waking up, do you ever jolt awake from those awkward twitches at night? It seems that everyone has come down with a bad case of awkward twitches lately. Sometimes you’re falling off a bike. Sometimes you’re swan-diving off a cliff. They’re the worst. SO embarrassing.
And obviously you always come down with the worst case of awkward sleeping twitches when you’re not sleeping solo. Like sometimes your boyfriend is dreaming about God knows what and accidentally socks you in the face with his awkward twitch. I didn’t have the pleasure of experiencing that reality myself, but a dear friend of mine did. Poor thing. Her mortified boyfriend, I mean. 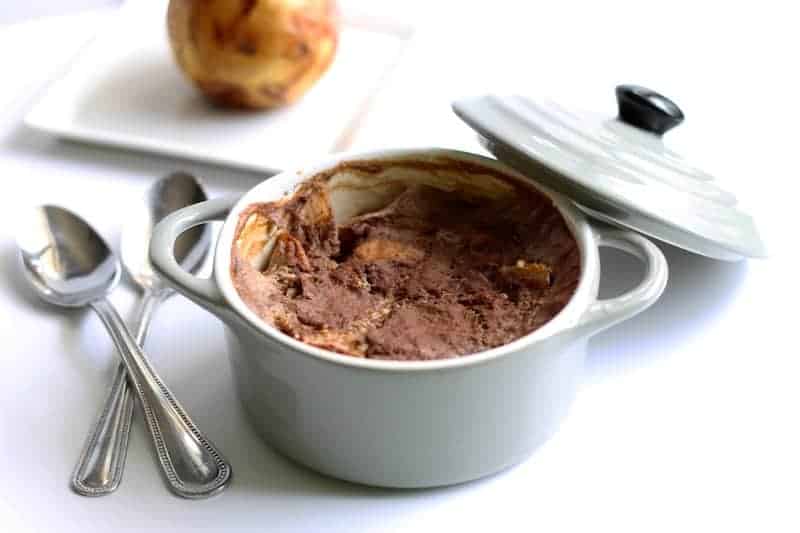 A comforting and healthy oatmeal breakfast that tastes just like chai tea!

You could also quadruple this recipe (1 cup steel cut oats, 4 cups almond milk, 4 pears, etc.) and cook it in a crockpot on high for four hours or low for eight hours. 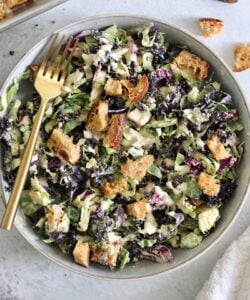 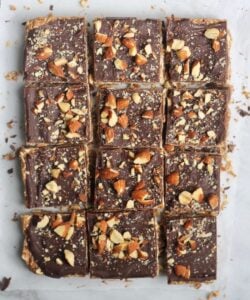 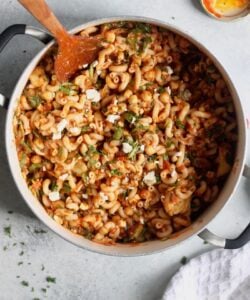 Mediterranean Vegetable Pasta with Chickpeas
December 30, 2019
5 based on 1 reviews