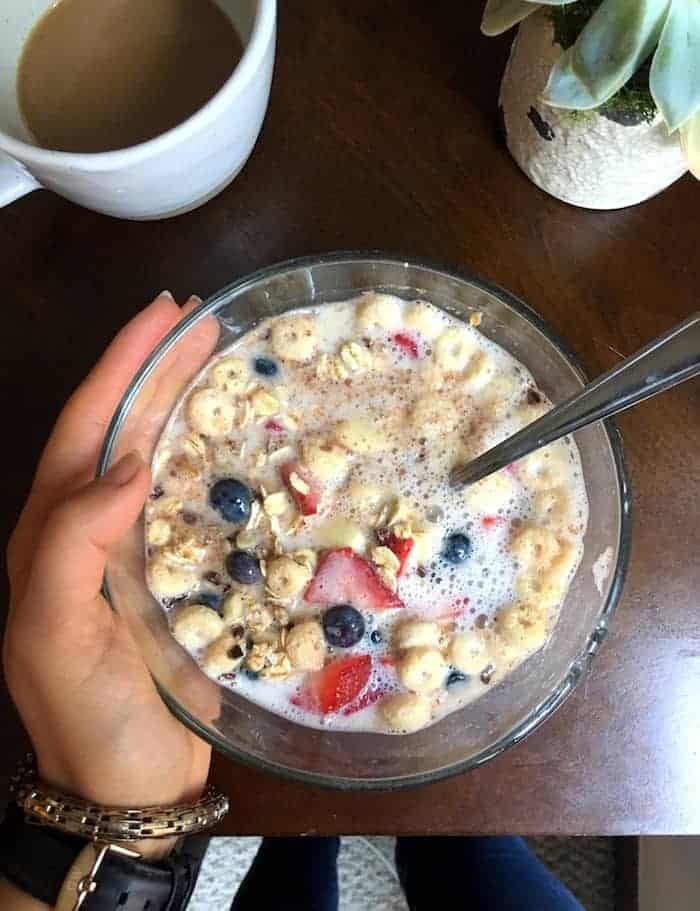 I can’t stop with the DIY oatmeal cereal, you guys. Lately I’ve been mixing the dry the night before so all I have to do in the morning is add fruit and almond milk. Into the bowl went 1/2 cup old-fashioned oats, a small handful of Power O’s, ground flax, chopped walnuts, cacao nibs, tons of cinnamon, unsweetened vanilla almond milk, and fresh bloobs. I’ve been eating this every day (except on the weekends when we go out or eat pancakes) and I’m seriously obsessed.

I somehow put a picture on Snapchat and forgot to take a real one. The foolishness! Thank God for last week’s shot.

I munched on some random things throughout the day like our new maple almond hummus toast with blackberries and coconut, soup of the day, and some random juice samples. There’s always new things to try at Alchemy! 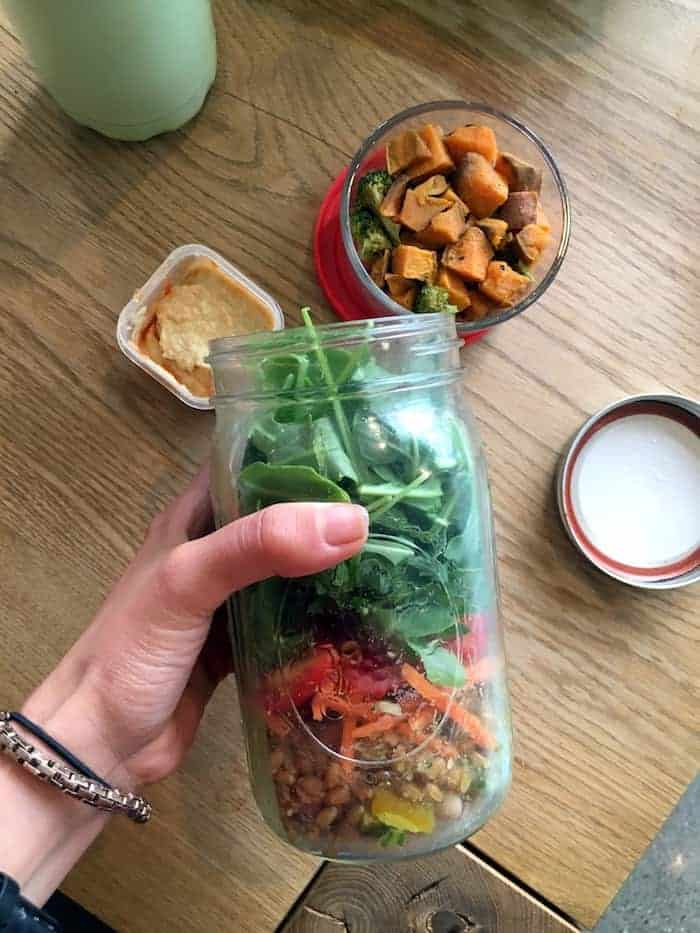 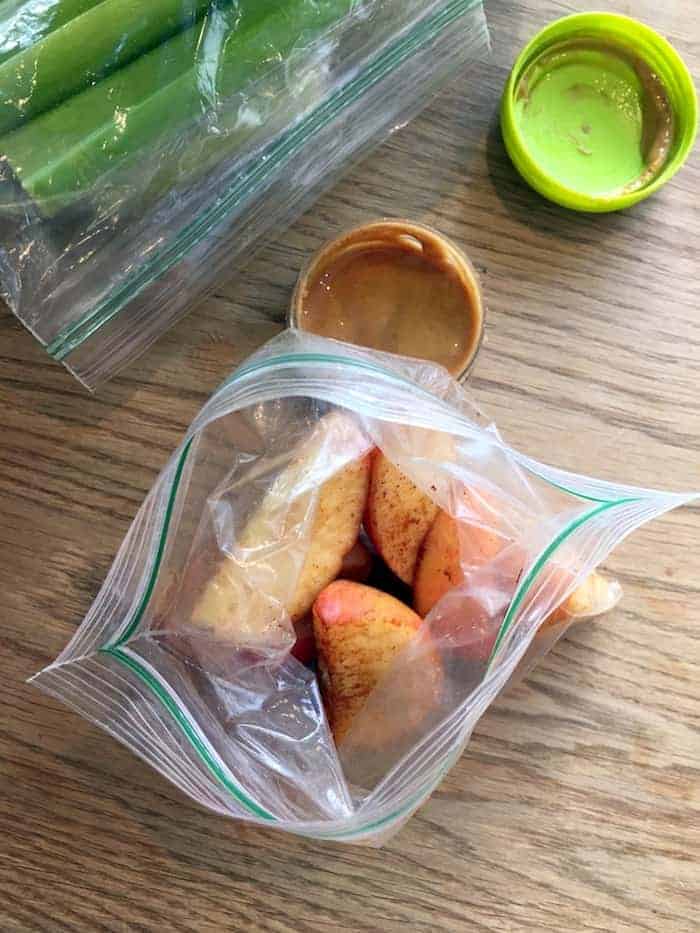 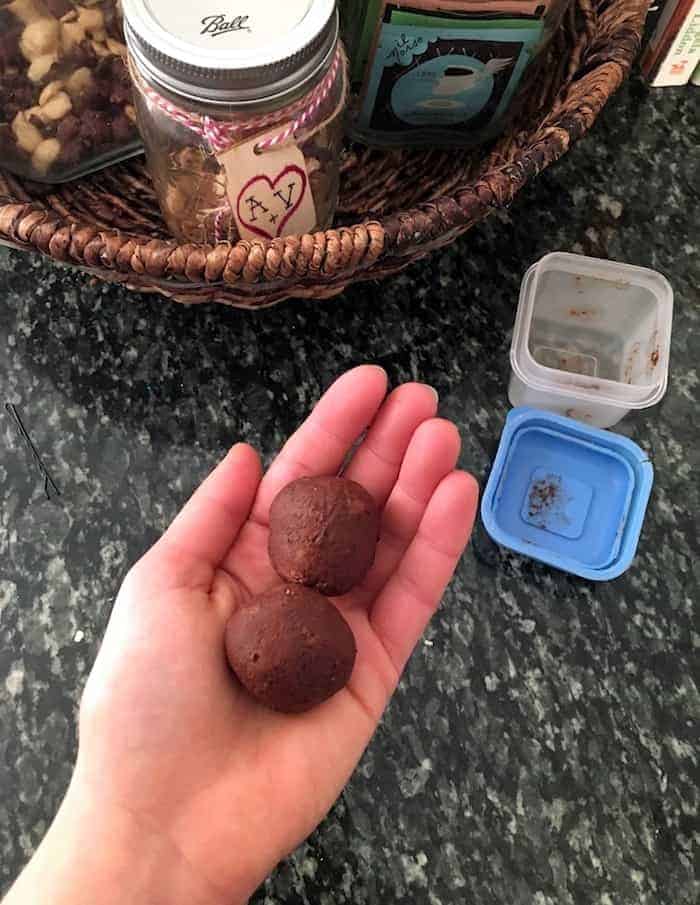 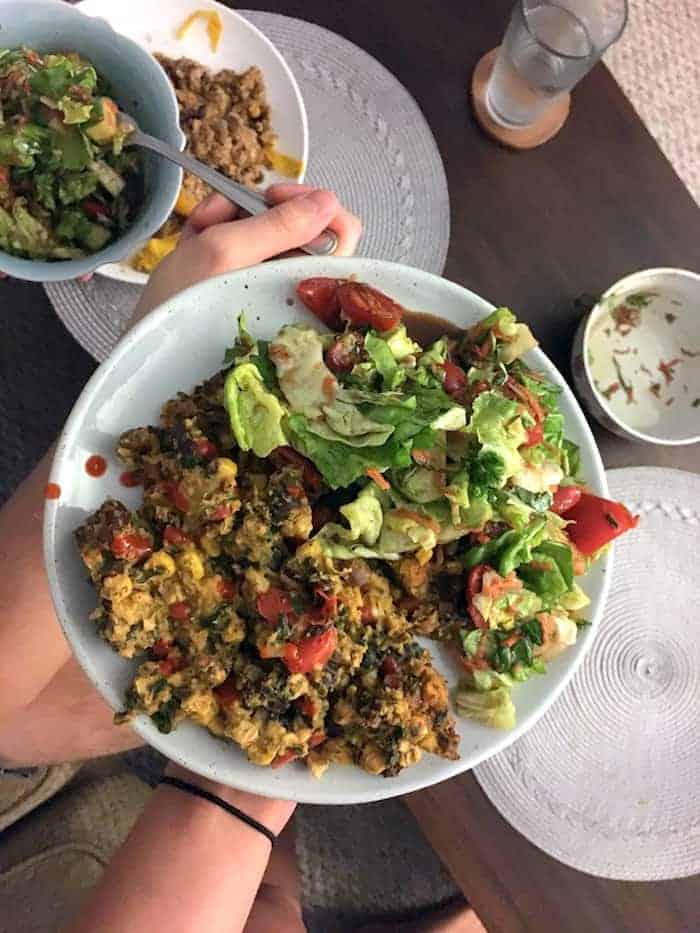 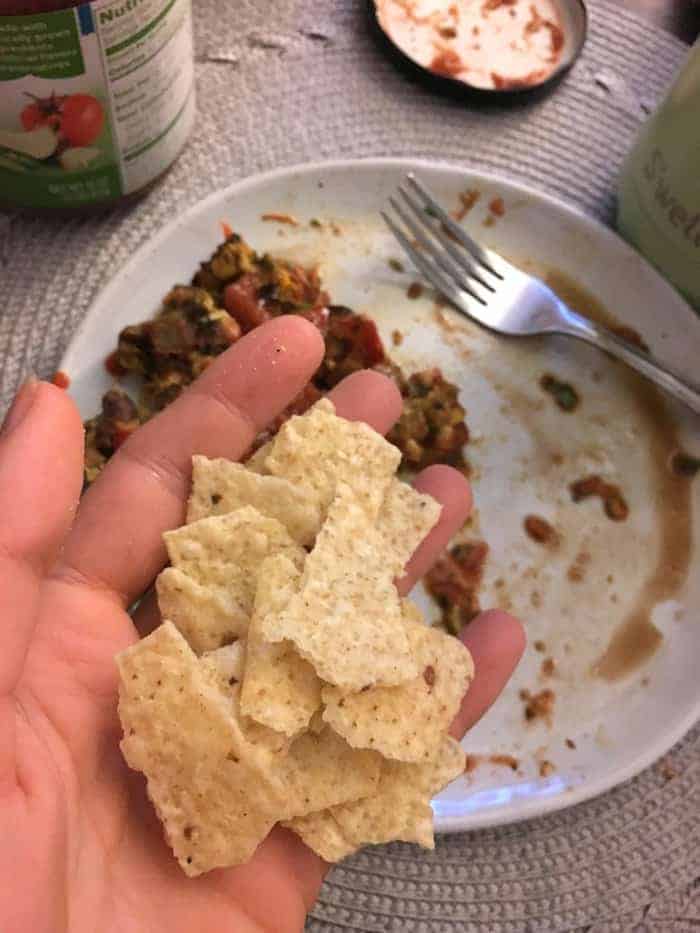 Halfway through I thought of a brilliant dipping idea…tortilla chips! 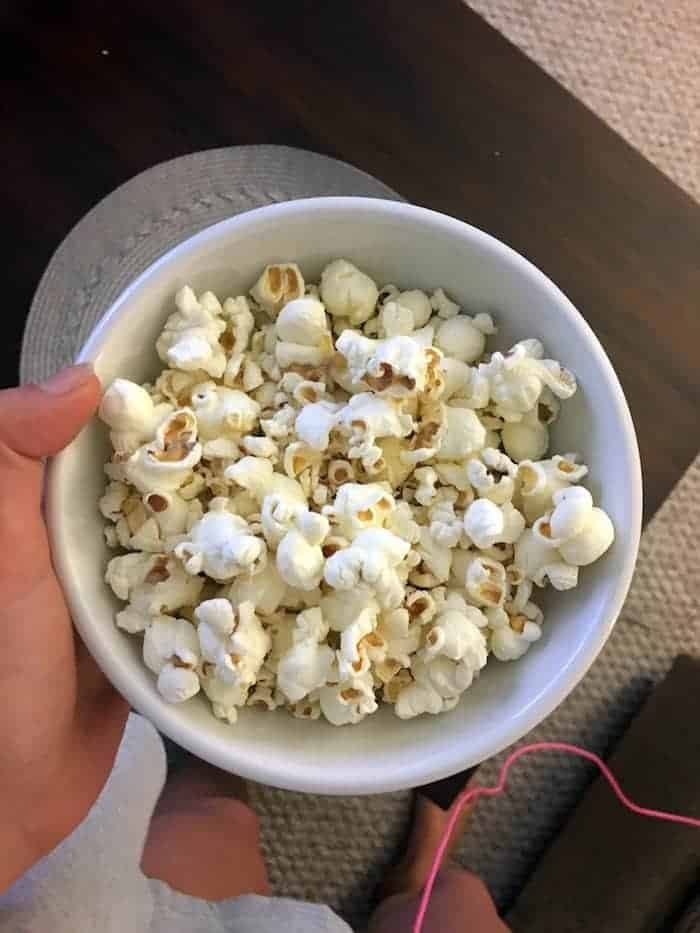 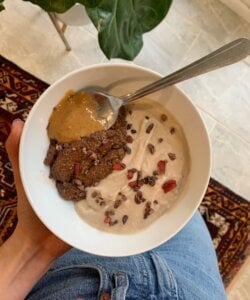 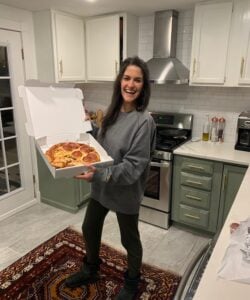 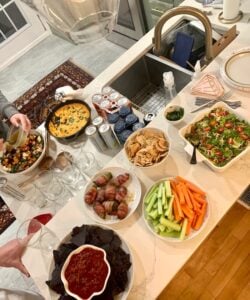